Does November’s Ballot Mimic the State of Motherhood?

Last night, the Democratic Party officially nominated a woman who does not know how to keep her mouth shut. She embodies so many qualities that I hope my daughter does not come to possess (read: impishness, for one), but Hillary’s outspokenness is hardly one of them. Au contraire, mon amie! Hillary’s voice represents a collective one, and the tenor of it allowed it to finally be revered, not just heard. I’m not here to offer up any Hillary Kool-Aid (haven’t found a good enough recipe), I’m just here to take my cap off and toss it in the air: we did it! Metaphorically, we have shattered that “last” glass American ceiling.

If we can, for a moment, put the obvious collusion of right-wingers to diminish the voices of anyone not white, male and heterosexual aside, I still think we are looking at a toxic cultural pervasion. The issue isn’t political. It isn’t partisan, isolated or unimportant. It’s humanitarian, with far-reaching implications. Yet ironically, the roots of it are living in our homes. The seeds of which are found in our books, on our TVs, in our closets and in our heads.

The most poisonous of which are living in our mothers.

I see it every single day. The mother that tells her daughter to act more “ladylike” or the daughter who is reprimanded for setting a clock with career goals instead of her reproductive cycle. I see the young child who is forced to wear pink instead of her favorite color, blue. I watch the mothers who want their daughters to have attractive husbands instead of attractive resumes. Or perhaps the less noticeable offenses of near equal detriment. The gendered choices of toys and learning tools that we bring into our homes. How we tell our daughters to stop being “bossy” or expecting her to complete a different set of chores from her brothers. I think I need not explore the entirety of the diminutive rhetoric that so many of us use, often unwittingly, that becomes toxic to our daughters’ worldview of where they “fit” in this gendered context.

But mostly, the problem is in the way we live our own lives. The way we conduct ourselves every day. The words we use and, perhaps more importantly, the words that we don’t use. It’s not the dreams that we have, but the dreams that we don’t have. There is no “mother of the year” award, and even if there was it wouldn’t go to the woman who has sacrificed her identity. Being a good mother is not about all that we give up, but about all that we hold onto. We are more than just mothers. We are women.

Whether your wee one is male, female, or unicorn, our obligation to them is the same. It’s to show, by example, what a woman is made of. What she eats, how she leads, how far she can run and how intelligently she can speak. It’s what we say when we see our reflections, or what we do after we’ve been knocked down. We, as mothers, give so much of ourselves to our children. But the single-most powerful gift we can give them is a vision of a woman filling her own bucket, owning her own voice- and using it with verve.

Motherhood is the most important job in the world. A cliché, yes, but a truth. We are building the next generation of voters. The next flux of journalists, doctors and engineers. Dartmouth just graduated the first female-majority graduating class from their engineering school and Hillary Clinton just became the first woman on a major party’s presidential ballot. It’s like we’ve just opened the door to a new humanitarian frontier. It’s now our job, as mothers, to raise the next generation of men and women to inhabit the new territory with genderless vision and progressive judgment. And there’s only one way to do that: moms, we have to show ‘em how it’s done.

Well, there’s that. And there’s burying Donald Trump in the polls until he’s so deep in his own shit that he becomes fossilized like the dinosaur that he is. Clearly, mothers everywhere are still fu*&ing it all up to raise enough woman-loathing human beings to put THAT guy on the ballot.

Because, really, I don’t remember waking up in a civilization that regressed about 65 million years.

← A First Step in My Contribution to #BLM: Teaching My Daughter to See Race
Surgery Number Nine Tomorrow: Am I a Cat? → 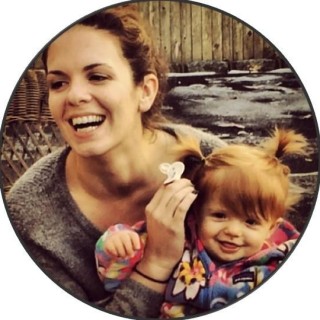